In our selection of the best octave pedals, we outlined not only the pedals that most guitarists may have hard of, but many of the ones that they will not have. Palmer as a pedal manufacturer are often understated, nipping at the heels of leading brands and loved by the pedal purists. 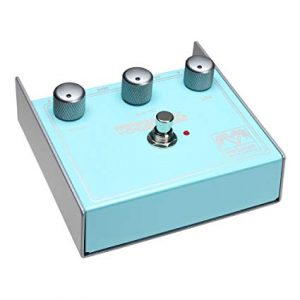 Having first seen this pedal on the Palmer site, it’s fair to say the stainless steel case and glowing turquoise shine were striking. Kaputt translates from German to broken or ruined, which is exactly what the pedal does to your guitars signal. As soon as you plug your guitar in and fiddle with the control knobs, you’ll understand what this statement means.

The effect completely destroys the guitars signal with an octave effect that, in all honesty should be called more of a modern fizz with an octave undertone. That’s not to say that this isn’t incredible though, so let’s take a bit of further look. 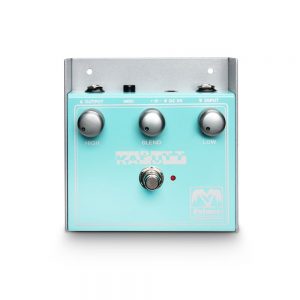 The controls are incredibly simple on the Kaputt, but it’s not something we’d recommend for beginners purely due to the fact that this is a very genre-specific pedal for guitarists looking for a specific, heavy and layered sound.

High: The high setting controls the volatility of the octave effects at the higher harmonic level, and can be viewed as more of a high-end ‘tone’ control which pushes the octave effect to the next level. And, this isn’t just pushing the ‘highs’ in terms of making a one-step octave effect resonate on the higher strings. No, this is a high control that gives the pedal a distorted, octave and fuzz blend, which is incredibly striking and can be surprising to hear when playing around with the effect.

Blend: The blend setting is just what it says on the tin, used to combine both the high and low effect. This is best utilised when you’ve found the sweet spot with the other two controls, and need to dial back or increase the setting as needed (such as for an intro, outro, or a solo that requires a distorted octave overhaul!

Low: The low setting controls, yes you guessed it, the lower rate of the actual octave effect. We recommend spending some time to really get to know both the high and low controls.

The MOD effect takes away the lower harmonic range, which is why many guitarists opt for the Kaputt as a go-to for boosting their high-end in a chorus section, coupled with a dedicated low-end octave or fuzz to completely destroy the harmonic range. The MOD setting is great, but can be a little difficult to flick on and off in a live playing environment. The pedal also comes with the standard input/ouptput and the option to be powered by a 9v insertion.

The Kaputt is a bulky 4.7 x 2.4. Our only main negative point comes with the outer protection case, which adds unnecessary height and can make the pedal hard to get into a pedalboard. The stainless Steel protector can also make inserting cables a little awkward. Palmer, if you’re reading this… ditch the protector! 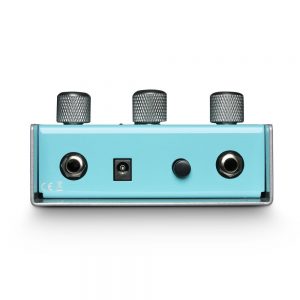 We’ve dubbed the Kaputt Octave Pedal as an alternative pedal to the mainstream, most notably for rock guitarists looking to spice things up with an octave pedal that blends beautifully with distortion, creating a warm fuzz-like tone that, once you heard it, you’ll have found what you’re looking for.

The pedal is certainly sturdy, however the protector can cause a bit of an issue for players with a set width and heigh on their pedal, or need a smaller pedal to be used in a live setting.

Meta and rock guitarists looking for an octave/fuzz combination pedal to boost harmonic frequencies. Recommended more for playing live to add a messier tone to the signal, rather than a more controlled studio octave sound. 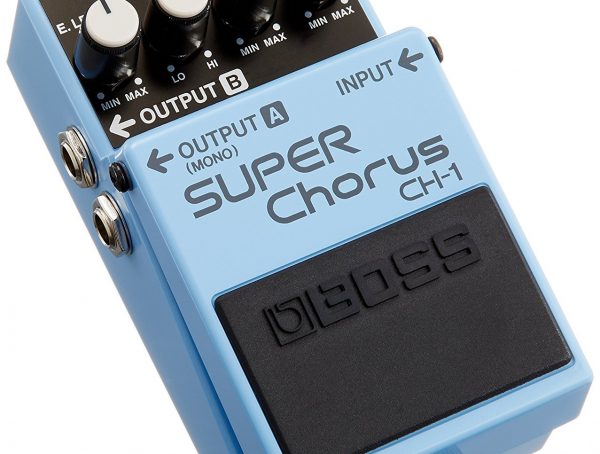 By now we've played, reviewed and got engrossed in countless Boss pedals... but what's one more, right? The CH-1 is … 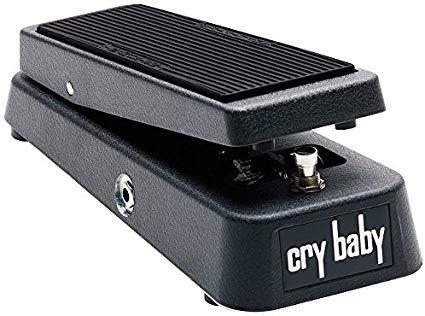 Full Review   First Impressions  We're perhaps a little biased with the Cry Baby, because it's such an utter classic, so it can …