The G5021WPE Rancher Penguin from masters of the blues Gretsch is certainly a site to behold!

Looks aside, how does the guitar sound, play, and really how good is it in comparison to the rest of the best parlour guitars on the market today? Let’s have a look, so you can really pit this beautiful penguin parlour against your favourite acoustics.

Whilst it’s still classed as a parlour guitar (and believe us, it is), the ‘souped-up’ appearance gives the body of the guitar a little more of a slender appearance, typically seen in the very early parlour guitars that were prominent at the turn of the 20th century. The penguin styling is a love letter to early blues, with stand-out additions such as the striking headstock and accompanying hardware that scream rockabilly guitar, effectively blending the old and the new genres to create an acoustic that is inspired by generations of music.

The penguin parlour is made from a pristine laminated maple wood, more commonly finished in a glossy white colourway.

With a solid spruce top, the guitar is surprisingly quite loud considering the small sound hole and compressed upper-body, and it’s actually one of the more louder parlour guitars we’ve played, which was totally unexpected due to the size and is a testament to the build quality and care put into the construction from Gretsch.

The neck is made of maple and, like most acoustic guitars that are well-built, comes with a rosewood fretboard. There are also 20 vintage frets which is higher than the average 16-18 when it comes to parlour builds, along with unmistakable gold hardware such as the binding and machine heads. Plus, just take a second to admire that iconic headstock!

The Gretsch Penguin is certainly a premium parlour guitar, and is worth the investment if you’re a hardcore blues and rockabilly fan. Not your traditional acoustic, this is certainly one for the players who like to be seen before they’re heard! 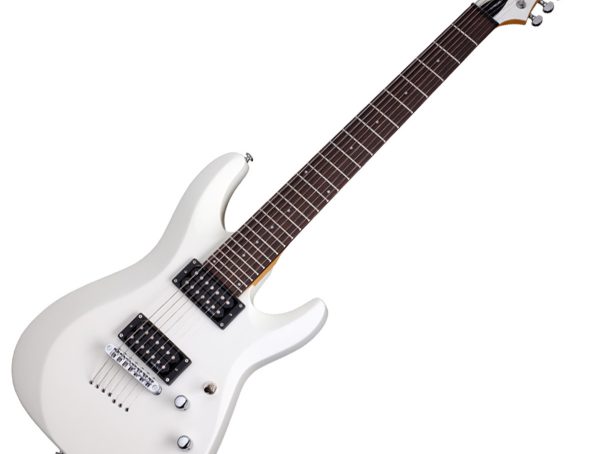 Is the Schecter C-7 the best budget 7-string guitar on the market today? Quick Look It certainly rivals its competitors, but how … 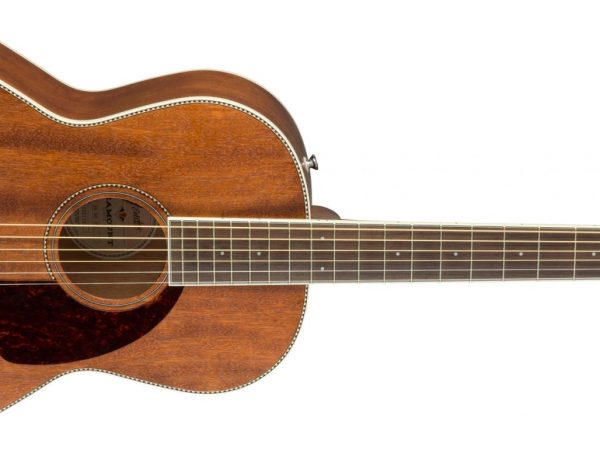 The PM-2 might just be the best parlour guitar from Fender yet. But how does it fare under our extensive …